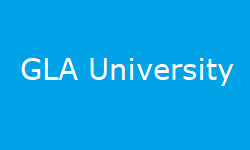 A student who has scored F Grade will have to repeat the relevant subjects in the summer term (or whenever offered) to clear them. The student may also be allowed to repeat one or more subjects (with C and/or D grades) by the HOD/ Principal/ Director of the Institute so that he/she may attain the desired CPI to move into the next year of the study.

All such candidates whose CPI is below 5.75 may also be allowed to repeat one or more subjects (with C and/or D grades)  in summer term if they so desire to improve their CPI. However, total number of subjects to be allowed in summer term will be such that the total credits for them do not exceed 16, unless and until permitted by the committee constituted for the purpose by the Vice-Chancellor in genuine cases.

The student of a degree program must secure a minimum CPI of 5.75 in order to move to the next year of the program.

A student of first year who could not obtain CPI required for promotion to second year of his/ her Program of studies for two consecutive years will be declared unfit for the Program and disqualified for that particular Program.